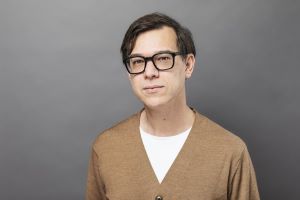 Marcelo Rezende (b. 1968 in Brazil) is a researcher, critic and exhibition-maker. He was director of the Museum of Modern Art of Bahia (2012–2015), artistic director of the 3rd Bahia Biennial (2014) and was part of the curatorial group of the 28th São Paulo Biennial (2008), amongst other projects and occupations.

Author of the novel "Arno Schmidt" (2005), he is associate curator of the Museu do Mato (Scrubland Museum) in Bahia, and curator of the exhibition "Kaffee aus Helvecia" (2017) at the Johann Jacobs Museum (Zürich).

He was also part of the series of events "Museal Episode. On the Global Future of Museums" (Goethe-Institut/ Kulturstiftung des Bundes, 2015-2017). Together with Rudolf Fischer, he has been director of the Archive der Avantgarden (AdA) in Dresden since 2017.