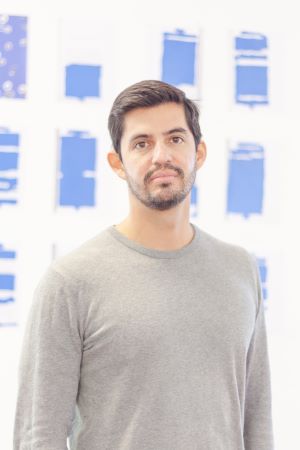 Ronald Reyes Sevilla founded in 2013 Dos Mares (2mares) as an artist project and a curatorial platform. Their first project was a transnational residency program for art research, made-to-mesure in relations to each artist needs, stage of their career and level of advance in the desired project to work on. It focuses on France and Latin America, but not exclusively, there is also cooperation with different regions of the world. During these years 2mares has developed different partnerships with pair institutions in Latin America and Europe.

Dos Mares organizes an International Residencies programme. The purpose is to place the guest artist in a process of questioning the process of distancing not only geographically but also conceptually, affectively and contextually. Each of the three phases that structure this device (research, immersion and deployment) allow to test our relationship to time, to the modalities of transition from employment to work, the question of the value of research and that of production, the relationship to the blossoming of the being, the articulation between the different social and private relational dimensions.

The structure proposes research residencies during which no production is expected, no public intervention imposed, no exhibition organised. This research is similar to what in the scientific field is called fundamental research, i.e. research that is not oriented towards a particular application, which in our field takes the form of a work.

During several weekly meetings, of about 3 hours each, the permanent curators of Dos Mares, accompanied by occasional contributors, join the resident in developing an art research project, the starting point of which is the work of the artist and his or her research project.

Ronald joins us for the workshop at the onAIRISM - challenges and transitions conference in November 2021.