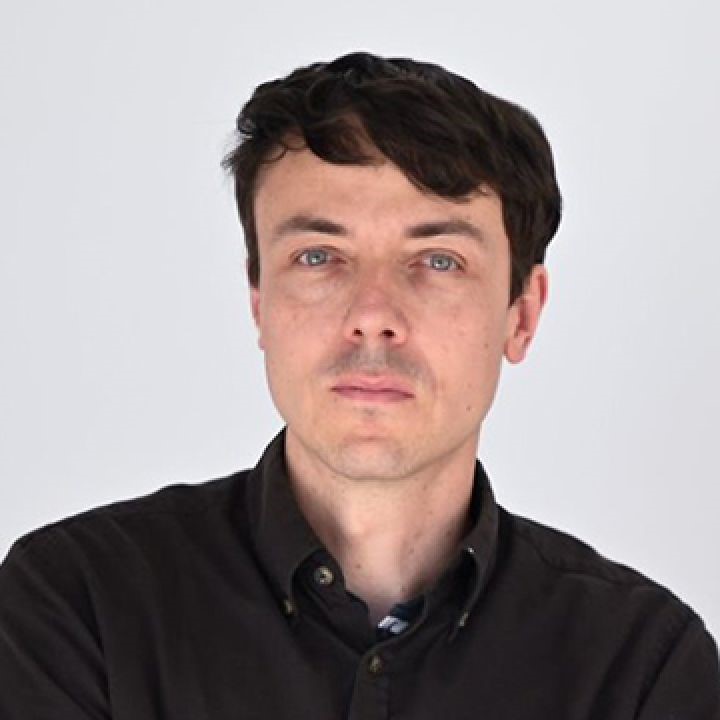 Eric Trottier is a multidisciplinary artist and cultural worker with a bachelor's degree in Literary Studies. In 2005, he teamed up with Julie Morand-Ferron and Jean-François Thibault to create the group 011, which combines electronic music and digital installations (MIMI award for electronic artist, 2006; Osheaga, 2008; Francofolies de Montréal, 2009).

In 2009, he moved to the UK, where he and Julie Morand-Ferron founded the band Violence and went on to release an album and several EPs (Visage Musique, Electronic Emergencies). He moved to the Outaouais in 2012 and has performed with Violence at a number of concerts (Nothing Changes New York, 2014; Dommune Tokyo, 2014; Sameheads Berlin, 2014). He is also invited to curate concerts in Montreal and Ottawa.

Eric is one of the founding members of the Montreal collective Musique Maison, with whom he has produced a compilation and several EPs in addition to organizing a series of shows and events.

In April 2020, he became Technical Coordinator for the AXENÉO7 artist-run centre in Gatineau.