The history of the Internationale Gesellschaft der Bildenden Künste (IGBK) begins in May 1957. 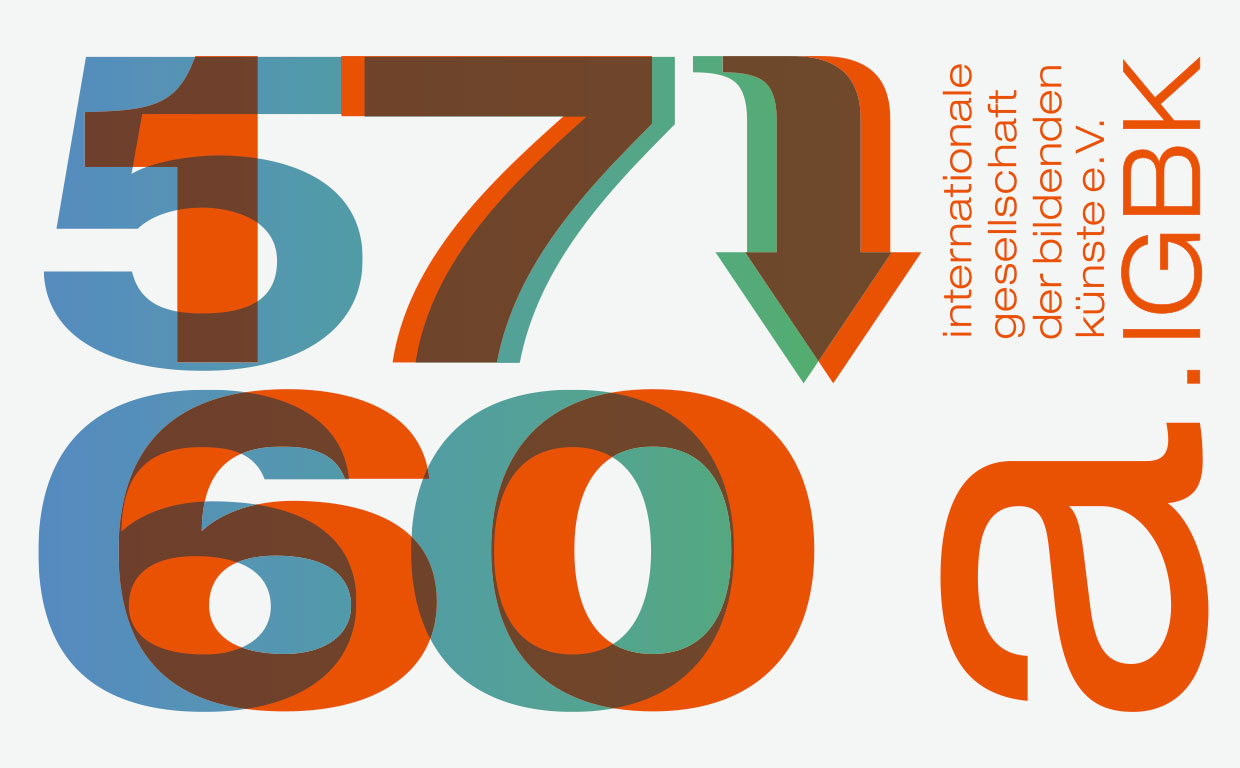 Artists Georg Meistermann (1911-1990) and Hann Trier (1915-1999), both participants in the first documenta contemporary art exhibition in 1955, meet in Cologne with colleagues such as surrealist painter Edgar Ende (1901-1965) and painter and graphic artist Max Unold (1885-1964) from Munich. Also present were the president of the German UNESCO Commission and representatives of the German Federal Foreign Office and the Ministry of the Interior.

The aim of the session was to bring German artists back into the international arena after the professional and exhibition bans imposed during the Nazi regime. This was to be done through integration into the worldwide information and exchange network of the International Association of Art (IAA), a non-governmental organisation of professional visual artists founded in Paris in 1954.

The Cologne group, which is joined shortly afterwards by HAP Grieshaber (1909-1981) and sculptor Karl Hartung (1908-1967), Professor at the Berlin Academy, founds the IGBK in May 1957. In the same year, it is admitted into the IAA as the German division, supported by the German UNESCO Commission.

Establishment of the umbrella organisation

Amid the atmosphere of departure that pervaded society in the 1970s, visual artists were also discovering the advantages of the "unity of individualists" to an increasing extent. IGBK president Georg Meistermann takes advantage of the trend towards organisation and lobbying in order to restructure the association. In revising its statutes in 1972, the IGBK does away with individual artist memberships to reposition itself as a powerful umbrella organisation. Since then, the IGBK has been a working group of artists’ associations, active nationwide. The IGBK sets up its own office - first in Cologne, then from 1977 to 2001 in Bonn, and from 2001 onwards in Berlin – and begins to forge its own path through with artists’ symposia and exchange exhibitions in addition to its work within the IAA.

Bridges across continents – international artist exchange in the 70s and 80s

One of the thematic focal points of the 80s is the cultural exchange between industrialized countries and developing countries. The IGBK is committed to ensuring that development policy is not limited to economic aspects, but also takes into account the importance of cultural exchange. This refers to an "open, intelligent exchange", as the Indian artist Vivan Sundaram, participant in a German-Indian collaborative project, states in 1984. It is about education, inspiration and dialogue, and about encounters that do not level cultural differences, but rather make them fruitful for both sides.

The Fall of the Wall makes encounters between artists from Northern, Southern, Eastern and Western Europe not only easier but also more diverse and exciting. In 1990, the IGBK organises the first pan-European artists’ congress in Kiel and uses the momentum it generates to implement artistic pan-European projects in the following years, such as “Erde-Zeichen-Erde” in 1991/1992, and  "Imaginary Hotel" 1994 in Leipzig, an official contribution to the UNESCO World Decade for Cultural Development.

Broadening horizons and crossing frontiers have always been important prerequisites for the work of artists. Within the European Union, opportunities to work internationally have improved considerably over the years. Stays in artists’ residences and international exhibition projects are easier to organize, since mobility and customs barriers have disappeared. Artists have taken the initiative and created new, pan-European associations and networks that allow for productive exchange, but also draw attention to career-related issues. The general conditions with regard to art and culture are being determined to an increasing extent in Brussels, be they about the promotion of artists, status, tax or copyright issues. The work of the IGBK has therefore taken on a new focus on cultural work and lobbying at a European level since the mid-1990s. The European region of the IAA, which consists of associations from 40 European countries, organises itself as an independent umbrella organisation on the initiative of the IGBK in 2002. The aim of this regionalisation is to focus even more closely on the specific interests of artists in Europe and to deepen Europe-wide cultural collaboration.

Since the late nineties, providing information and services to visual artists working internationally, has become one of the main elements of IGBK's work. In 2013, IGBK extended its council on the possibilities of working opportunities and grants, on exchange and exhibition projects abroad, with the information portal www.touring-artists.info. Touring artists is a joint project of IGBK and the International Theatre Institute (ITI) Germany, providing artists for both the performing arts and the visual arts comprehensive information on visas and residence, transport and customs, taxes, social and other insurances, and copyright related to cross-border mobility.