Culture Action Europe launched the "Double for Culture"-Campaign, demanding to double the budget available for culture in the EU's next Multiannual Financial Framework (MFF). We are supporting Culture Action Europe's demands: Commit at least 1% of the next MFF to culture across all policy fields and funding programmes! Read CAE's further claims and background papers here.

Promoting European artistic cooperations and supporting the mobility of artists in Europe brings immediate added value to the European Union and strengthens the exchange amongst a European public. It is important to ensure an adequate financial support for the arts and for European cultural projects under the next EU funding framework. CAE launched an online petition 'Supporting Culture is Supporting Europe!' which can be signed here. 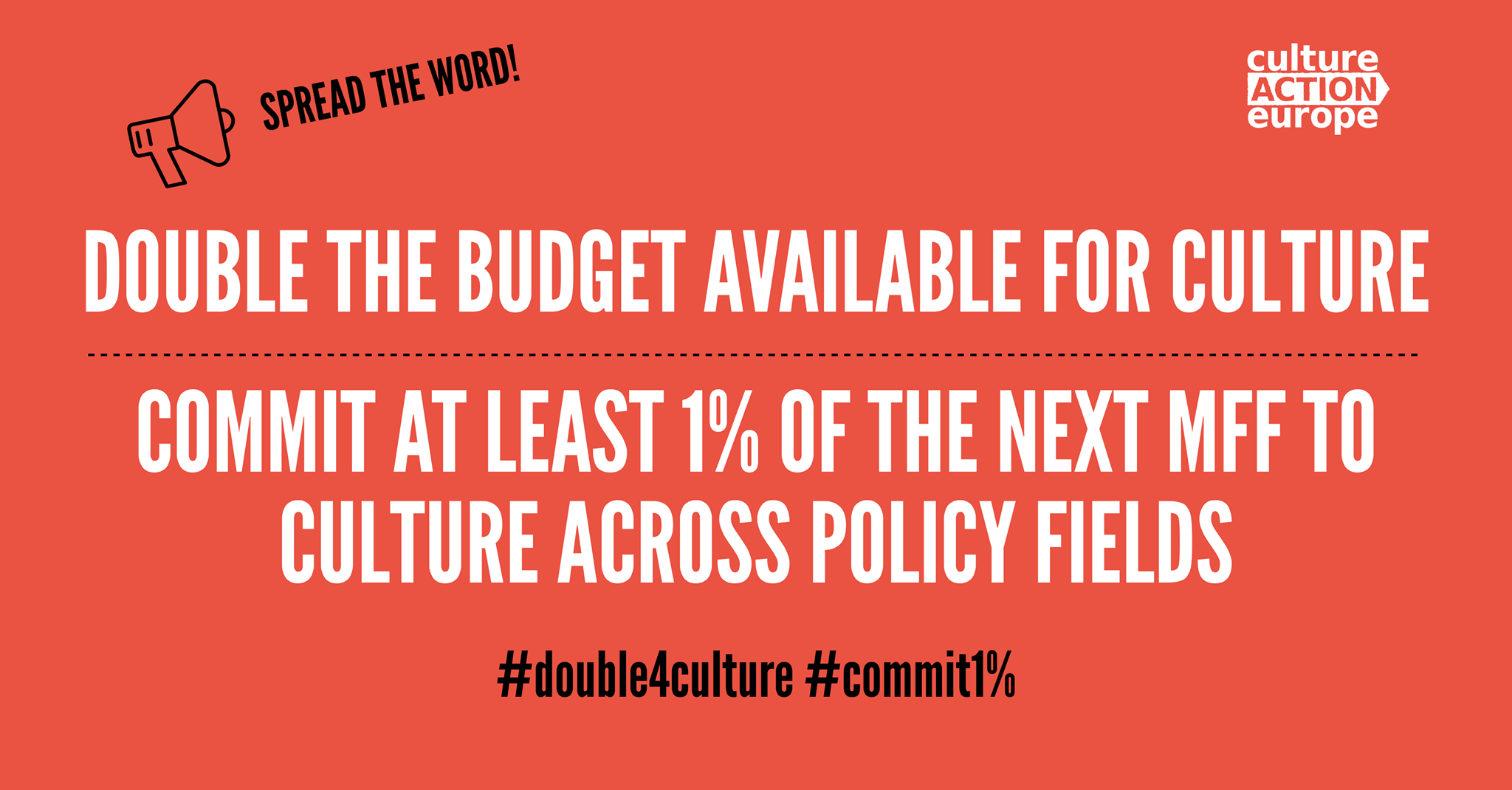 Since 2018 the IAA Europe is now also a direct member of Culture Action Europe. As part of the European Secretariat of German Culture NGOs, IGBK has been active within CAE for some years. On 15 February 2018 a CAE advocacy meeting on a new Agenda for Culture and possibilities within the next MFF took place in Brussels, Pontus Raud from the Swedish Konstnärernas Riksorganisation took part for IAA Europe.

CAE, based in Brussels, is the largest interdisciplinary forum for the non-governmental cultural sector in Europe. With more than 145 member organisations represents the interests of 80.000 artists and cultural workers and acts as a mediator vis-a-vis the European political and administrative bodies.