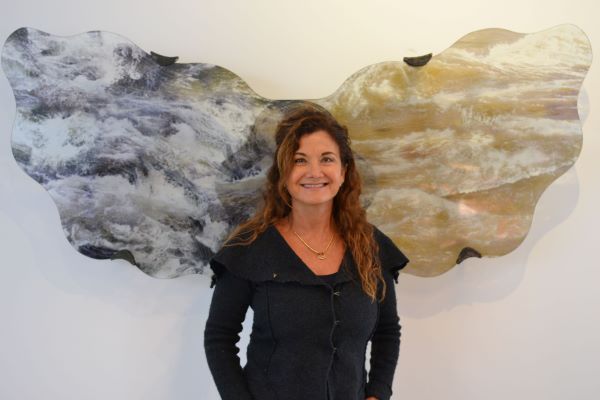 Lucrecia Urbano (Córdoba, Argentina, 1968) is an Argentinean artist, curator and cultural activist. She received a BFA from the National University of Córdoba, with a major in printmaking. She has specialized in non-toxic photogravure and digital graphics at the Canadian School for Non-toxic Printmaking in Alberta, Canada, Pyramid Atlantic, Maryland, United States and CFPR, Bristol, England. She has been a Visiting Lecturer at the National University of Cordoba, Arg. (UNC); the National University of La Plata, Arg. (ULP); Armando Alvarez Penteado Foundation, San Pablo (FAAP) and the Parque Lage Visual Art School , Rio de Janeiro, Brazil, and at the KHiO Oslo National Academy of Art, Norway.

Lucrecia Urbano is the Founder and Director of Zona Imaginaria, a contemporary print studio, located in the outskirts of Buenos Aires, Argentina, where she carries out workshops for children and adults. She also runs the International Artist Residency Who can live in this house? where guest artists and the local community are strongly linked hosting workshops, collaborative research and exhibitions that focus on interpersonal relationships connecting the local community with visiting artists, educators and curators.

Lucrecia joins us for the onAIRISM - interaction and connectivity workshop in June 2022. She was also part of the 2021 project onAIRISM - challenges and transitions.