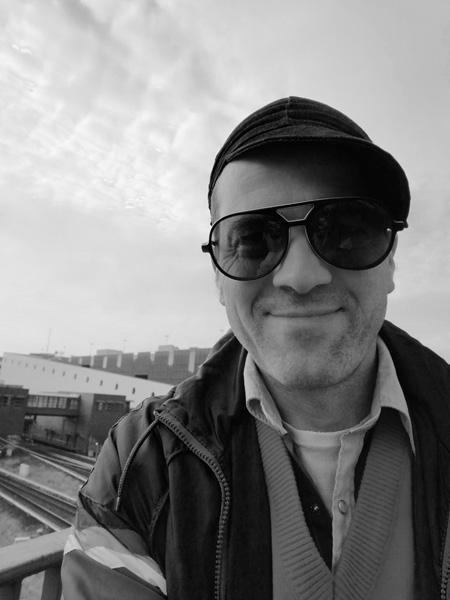 Matthias Mayer has been working as an artist and exhibition organizer since the early 1990s. He is particularly interested in the interaction of visual art and music. In 2012 he founded the music project Sporty Jesus together with Jens Christian Madsen, where he is active as guitarist, singer and DJ. Matthias Mayer has worked and exhibited internationally, among others as a participant of the ISCP in New York (1996/1997). He opened the project space Spor Klübü in the Soldiner neighborhood in the Berlin district of Wedding in 2003. Over 100 exhibitions have taken place there since. Spor Klübü received the Berlin prize for “Excellence of Art Project Spaces and Initiatives” twice – awarded in 2014 by the Senate Chancellery for Cultural Affairs, and by the Senate Office for Culture and Europe in 2019. Spor Klübü is an active member of the Network of Independent Berlin Project Spaces and Initiatives e.V. Matthias Mayer is heavily engaged there in activism for, among other things, the improvement of public funding options, looking to secure and preserve art spaces, as well as new collective event formats that increase the visibility of the efforts of project spaces and initiatives through diverse forms of cooperation.

The Berlin Network of Independent Project Spaces and Initiatives is a loose association existing since August 2009. The network aims to establish a long-term structure to enable new forms of cooperation and exchange, to express themselves politically and to advocate for the improvement of working conditions. More than 150 project spaces and initiatives are invited to regular meetings.

The self-image is currently set with five characteristics: